Eeeuuwww.  This was the place our tour of Pike’s Market started.  I’ve never seen such a thing before.  Gum everywhere.  You could almost feel the germs flying around.  Here’s the story from Wikipedia:

From Wikipedia, the free encyclopedia

The wall is by the box office for the Market Theater, and the tradition began around 1993 when patrons of Unexpected Productions‘ Seattle Theatresports stuck gum to the wall and placed coins in the gum blobs.[2] Theater workers scraped the gum away twice, but eventually gave up[1] after market officials deemed the gum wall a tourist attraction around 1999.[2] Some people create small works of art out of gum.[3]

It was named one of the top 5 germiest tourist attractions in 2009, second to the Blarney Stone.[1][4][5] It is the location of the start of a ghost tour,[6][7] and it is a popular site with wedding photographers.[2] 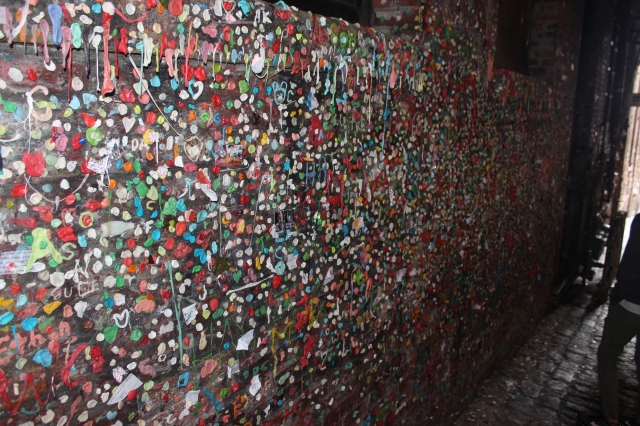 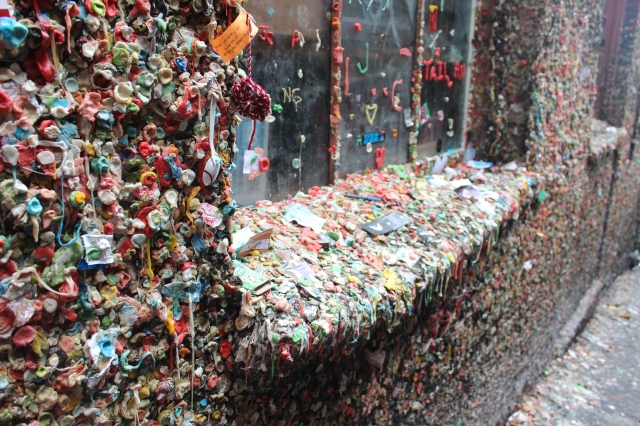 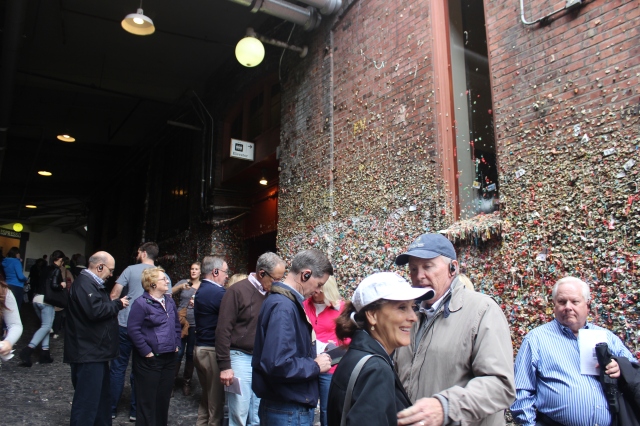 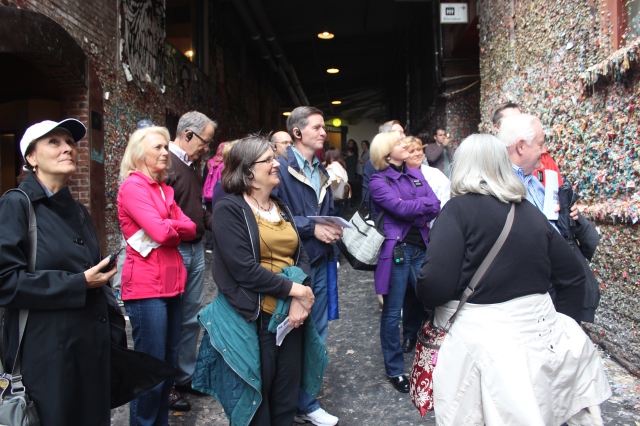 Thank you for visiting! I hope you enjoy the things shared here.
View all posts by Ann Laemmlen Lewis →
This entry was posted in About Places in our Mission. Bookmark the permalink.